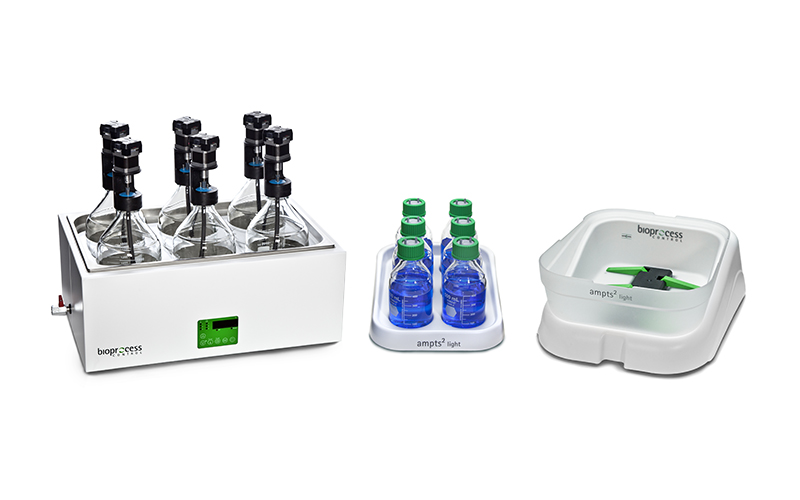 The selection of the most suitable inoculum, to start (or restart) a biogas plant, it's a practical problem often underestimated. A biogas plant is a bacteria farm, therefore its optimal management is based on the same principles as a livestock farm: selection of the most suitable breed and scrupulous monitoring of the health of each individual animal. In the case of a cattle breeder, the distinction between meat and dairy animals is obvious and a visit to the veterinarian is enough to determine the general health of the herd.

But how can the manager of a biogas plant choose the most suitable inoculum to achieve maximum productivity, in the shortest possible time? How do you measure such an elusive concept as “the state of health” of bacteria?

In the biogas industry, various and mostly useless methods are in vogue, because they are based on indirect evidence and logical fallacies (see you: Resizing the importance of the Fos / Tac test, The electrical conductivity of the digestate is unreliable for running the biogas plant eThe foam meter for biogas plants). Often companies supplying biological assistance services to biogas plants make use of countless – and expensive– chemical analyses, these are also relatively useless because the presence or absence of some compound does not necessarily guarantee the biological activity of the digestate.

The simplest way to quantify the viability of bacteria is to measure their respiratory rate.
This is a very useful proof why:

The test consists in taking a digestate sample, add a known amount of acetic acid (or sodium acetate), and observe the total amount of methane produced and the rate of production. Conceptually it seems like an easy solution, but unfortunately we have to deal with the 13° Murphy's law it says: “The easy solution of a problem always generates a more difficult problem to solve”. In this case the most difficult problem is to reach a universal consensus on which should be considered the reference substrate to be used, in what quantity, how long the test should last, and how to define the acceptable methanogenic activity threshold.

COD, SV, BMP e SMA: some useful definitions to navigate in the jungle of criteria

The first step in being able to measure something is define the unit of measurement. In the specific case of the measurement of methanogenic activity, practically every researcher has invented a different way to perform the test and to express the results. Although the substrate of reference most cited in the literature is sodium acetate or acetic acid, many studies on methanogenic activity have been carried out with other substrates: mixtures of volatile fatty acids in different proportions, the salts of the same acids, methanol, ethanol, glucose, sucrose, phenol… In the literature there are studies carried out even with substrates that certainly cannot be considered “of reference” because they are very variable in composition: molasses, beer malt and raw cane sugar.

This unequal criteria represents a problem for those who want to rationally manage a biogas plant, based on measurable scientific evidence rather than on indicative tables or self-referential statements of self-styled ones “biology”. It is therefore necessary define standard units and methods of measurement, so that the results expressed in different ways can be compared with each other. Because the confusion is so great, even among the “biology” and insiders, it is useful to do a little review of the basics, before going into the techniques for performing the SMA test and its practical application to biogas plants.

The measurement of the specific methanogenic activity (High school) is a technique for expressing in numerical terms the “vital constants” of theArchaea, which are the group of microorganisms responsible for the production of methane, last stage of anaerobic digestion. The measurement of the SMA is based on the fact that theArchaea Acetoclastic methanogenes feed exclusively on acetic acid (or its salt, sodium acetate), however indigestible substance for the other microorganisms that make up the flora of the digestate. Then, adding a known quantity of this substance to a known quantity of digestate, and observing how much methane is released, it is possible to deduce whether the digestate actually has an active population ofArchaea.

Moreover, the relationship between the methane flow rate and the mass of organic matter contained in the digestateprovides a numerical measure of the respiratory rate, that is, the biological activity of the population ofArchaea.

In Part II of this article we will see which are the “tricks of the trade” that a good biogas plant operator must know in order to perform a test correctly and how to interpret the results to optimize profit.